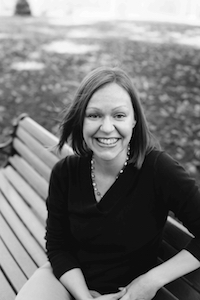 Mindy Mejia was born and raised in a small-town-turned-suburb in the Twin Cities area. She received a BA from the University of Minnesota and an MFA from Hamline University. Other than brief interludes in Iowa City and Galway, she’s lived and worked in Minnesota her entire life.

Mindy generally focuses her fiction writing on the novel, though she also writes short stories, which have appeared in rock, paper, scissors; Things Japanese: An Anthology of Short Stories; and THIS Literary Magazine.

The Dragon Keeper is Mindy’s debut novel. Her second novel, Everything You Want Me to Be, was published by Emily Bestler Books in 2017 and was a People magazine Best New Books Pick and one of the Wall Street Journal's Best New Mysteries.

Learn about The Dragon Keeper.